The response was immediate as it was predictable:

And now, playing the in the Outback Bowl after going 2-5 in the two months of the season with wins against Furman and Ole Miss and losses to Kentucky AT HOME and Georgia and Arkansas on the road …

Now the Tampa-based bowl has taken the 7-5 SEC team least likely and some would say least qualified for the bowl. The Outback, generally considered a bowl for an SEC East squad, had to pass over Georgia, Tennessee and Kentucky to select the Tigers. And if you’re going to ignore late-season losing streaks, why not at least invite a team in South Carolina that defeated its hate rival? …

Barring involvement by Mike Slive and Co., though, it’s likely that Arkansas, Georgia and South Carolina will be left fighting for the last three spots. I can’t imagine the Liberty passing up a chance to take the Dawgs, and the Independence’s best draw would probably be Arkansas. That leaves South Carolina looking at a trip to Birmingham for the Papajohns.com Bowl.

Few of those destinations seem terribly fair. But that was apparently the last thing on the mind of the Outback Bowl when it chose to go with Auburn.

That’s TSK’s cocknfire, a Gamecock fan. Vol fans of various stripes were, of course, also less than pleased … nevermind that we have good reason to believe that Tennessee was offered the Outback slot first and for whatever reason didn’t work things out with the bowl’s officials. (Worth noting here that not every Vol supporter decided it was time to break out the vintage whine.) Response from the Dawg corner of the blogosphere was to call Auburn “the weakest of the SEC’s six 7-5 teams” and call for the SEC to desert its longstanding relationship with the bowl.

In response to these critics, I would like to start by saying: 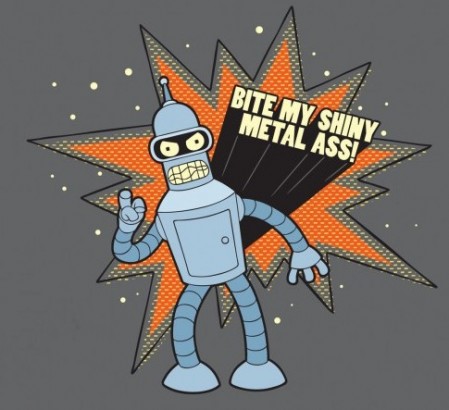 Seriously. Auburn is 7-5; the Vols and ‘Cocks are Dawgs are 7-5. If they wanted to lock up a bowl bid ahead of Auburn, it’s not too tough to figure what they should have done: win more games than Auburn. (That goes double for Tennessee, for obvious reasons.) It’s not rocket science: the teams that did that got better bowl bids than Auburn did. If your team didn’t, well, then it was throwing itself on the mercy of a bowl system we all know has been erratic, political, and yeah, occasionally outright unfair since the day it was created. Beat a mediocre Pac-10 team at home, or Kentucky at home, or any SEC team you played on the road, and we’re not having this conversation, are we?

Besides: Auburn is every bit as “deserving” as any of the 7-5 SEC teams anyway, for two particular reasons.

First, and this bears repeating: “deserve”‘s got nothin’ to do with it in the first place. I’m stunned that after years and years of being told by pundit, blogger, and even bowl officials that the comprehensive bowl selection criteria as used by bowls are as follows*:

that we’re apparently still getting our collective panties in a wad over what’s “fair.” If you want to argue that a different team would sell more tickets or draw bigger buzz and that the Outback is making a financial mistake, fine. If you want to take the SEC to task for not instituting a rule like the Pac-10’s where bowls are forbidden to take teams that finished below other available teams in the standings,  be my guest. But getting angry at the Outback Bowl for taking Auburn because Auburn doesn’t “deserve” it is like getting mad at the sun because it ought to rise in the West.

On top of that, the HOT RUMOR is that Jay Jacobs guaranteed the Outback a sizable sum of tickets sold, far more than Tennessee’s Mike Hamilton would agree to guarantee. If that’s the case, and you still think the Outback should have passed on Auburn because it’s the right thing to do or some such, I do hope you get that time machine in your garage working on functional and finally get back to England circa 1877, because clearly this age is a wee bit too ungentlemanly for you. Best of luck, chap!

Second: Auburn’s accomplished as much as any of the other 7-5 teams. It’s true: Auburn finished 3-5 in the SEC, and Georgia and Tennessee finished 4-4. But there’s something you should know about those records, something that’s pretty damn important:

Auburn didn’t get to play Vanderbilt.

In a normal season, not having one particular SEC team on the slate wouldn’t be a big deal–Vandy traditionally has some kind of company in the league cellar–but this season wasn’t normal. The ‘Dores were a de facto bye week this year, losing every SEC game they played by an average of 15 points and falling to Duke and Army outside of conference. Only three teams didn’t start this season with a functional 1-0 SEC record thanks to having Vandy on the schedule, and Auburn was one of them. (Alabama and Arkansas were the others.)

So you’ll forgive me if I think Auburn’s 3 wins were were worth every bit as much as Tennessee’s and Georgia’s 4. Don’t believe me? Here’s the six 7-5 teams ranked by the total number of SEC wins claimed by the teams each of them defeated this season, with the number claimed by the teams defeated on the road in parentheses (for example, Kentucky beat Auburn [3 wins], Georgia [4], and Vandy [0] for a total of 7):

Well, would you look at that. Huh. (Put another, maybe simpler way: Auburn is the only one of the 7-5 teams to beat two teams with four or more SEC wins, and of this group only Auburn and Kentucky managed to earn a win of that standard on the road.)

Don’t forget: that’s only looking at SEC competition. Thanks to the West Virginia win–you’ll notice the ‘Eers are sitting at 8-3 and No. 23 in the latest BCS standings after beating previously one-loss Pitt–Auburn did more outside of league play than any of Tennessee, Arkansas, or Kentucky.

Look, I’m not arguing that Auburn’s resume is better than Georgia’s (the best of the bunch by a hair, probably, taking nonconference accomplishments into account) or all that much better than anyone else’s in the 7-5 jumble. But to say that Auburn has somehow accomplished less than season than the likes of the Vols because of a one-game difference in the standings–when that difference can be chalked up almost entirely to “playing Vandy” vs. “not playing Vandy”** and Auburn won their big nonconference test–is flat ignorant. We shouldn’t even be talking “deserve,” but if we are, OK: Auburn deserves it, as much as anyone does.

(Specifically if P-Marsh’s report [as related by Jay] that Ole Miss and Tennessee were the other teams in contention. Head-to-head, yo. Now, why Georgia wouldn’t be in contention here, I don’t know, but if you’re just looking at those three, it’s an easy choice.)

(A quick note here about the “But they’ve only gone 2-5 in their last seven and one of those was Furman!” argument: I’m sorry, I missed the part where games in October and November count extra. If we’d known, maybe we could have moved that home game against Miss. St. to the end of the year instead.

The point of citing Auburn’s supposed “fade” down the stretch is I guess to argue that Auburn isn’t playing well right now and that despite early results other teams are better today … but that kind of ignores the fact that since pulling out of that midseason nosedive, Auburn’s beaten Ole Miss by double digits, lost by one score on the road at Georgia despite outgaining the Dawgs, and lost by one score vs. Alabama despite outgaining the Tide. Arkansas’s the only 7-5 team that’s outplayed Auburn over this particular stretch.)

I can understand why fans of other teams are hot and bothered. 7-5 seasons aren’t supposed to end in Shreveport or a bowl named after a pizza website. Last year South Carolina went 7-5 and wound up in Tampa; this year they’ve gone a more impressive 7-5, all told, and are probably off to Birmingham.

But there’s no way to make everyone happy when you’ve got six teams with identical records. Someone was always, always going to get the shaft; putting Tennessee or Georgia or whoever in the Outback wasn’t going to be any fairer to Auburn than putting Auburn in it is fair to them. What the bowls happen to be looking for when splitting hairs this fine is always going to be a roll of the dice, and Auburn’s number happened to come up. It’s not an injustice, it doesn’t make the Outback a joke, it doesn’t mean that it’s time to grab the torches and pitchforks. It is what it is, which is to say, bowl season.

So anyone with a problem with Auburn’s Outback invitation can take it up with, I don’t know, capitalism. We’ll be preparing for Wisconsin.

*This is someone out there’s joke rather than mine, but I’ve totally forgotten where I saw it or who I’m stealing it from. Sorry.

**No doubt that Tennessee, Carolina, and Arkansas supporters would point out that if Auburn got a bad break in not drawing Vandy, their teams caught a worse one in having to face both Florida and Alabama. To which I say, well, yeah. But if you ask me, figuring out what team’s accomplished the most, who has the best resume, is like picking teams for the NCAA Tournament: in the end, it’s not your overall strength-of-schedule as much as it’s simply who you beat, how good the teams your team defeated were. And accounting for the fact that Vandy was as big a gimme as SEC games can possibly get this year, Auburn beat better teams than the other 7-5 teams did. Period.