When Alice Fraasa, the ‘Accessible Internet famous Jessica Biehl,’ smiles for her pals at SnorgTees, they pay her in free shirts. So far, Wear Eagle is operating with the same deal — and after striking some poses during her study break at the Draughon, DYE HARD (designed by Matt Harris, AU class of something) is the one she went home in. 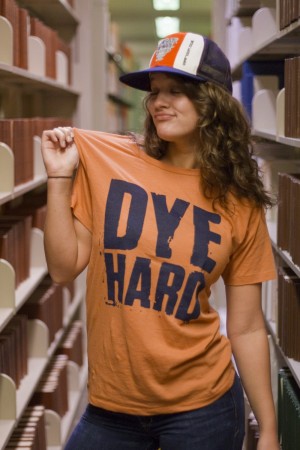 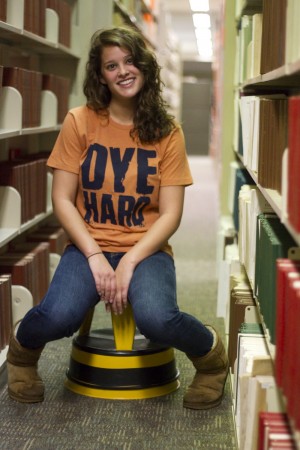 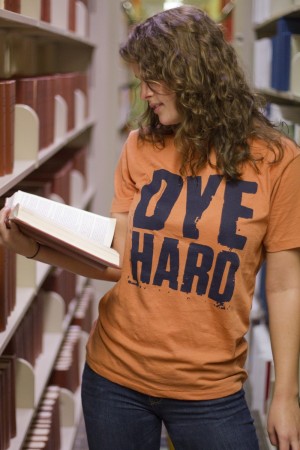 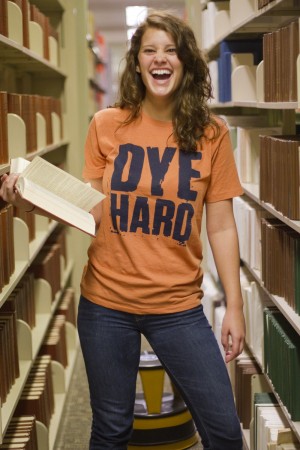 Super soft, super thin… even David, the boyfriend, seems to like it! 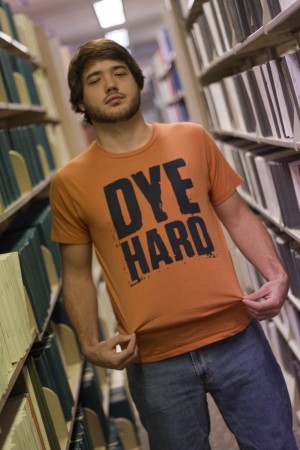 And you will too!

Supply is super-limited though. At least currently (I think Alice took the only orange Large we had). We’re new at this and totally started off the wrong way. We’ll be smarter next time — we just need to sell these first.

Here’s what’s left as of  (and again, be the first to just write to [email protected] and it’s / they’re yours.)

*one girl-sized small (slate).
* one regular small (that’s still pretty small — white)
* the only regular XLs I have are light-ish blue and white…
* the XXL’s are orange, light-ish blue, slate, and white (the white is a V-neck).