The second in a series on movies filmed in Auburn and around Alabama. 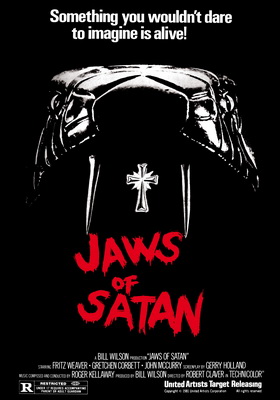 “Jaws of Satan” aka “King Kobra.” (Thanks to SallyT for letting me know about the existence of this movie. I’ve actually enjoyed watching it. A lot!) Filmed in 1979. Released in 1981. I’m sure the lag time between was to let it simmer. It was undoubtedly too hot, too controversial for the general public. The movie’s shooting locations were Childersburg, Eutaw and Tucaloosa. I’ll be sure to locate any landmarks so you can be sure to hold a silent vigil at that location in this movie’s honor next time you find yourself in the Black Belt.

The movie centers around a big snake. And the devil is that big snake, or King Kobra, whatever. I think I’ve read somewhere once that Satan once took the form of a snake? I can’t seem to place where that was written.

So what happens when an Alabama town decides to build a dog racing operation? Well, according to this movie, you invite all sorts of evil and whatnot to invade your town like a boxcar hobo in the night …

So let this morality play, the never-ending battle between a big snake and a backwoods priest, begin!

(I’m using the super-secret technology War Blog Eagle uses to break down plays. Well, at least I think I am. A camera, right?)

00:24 — Our first victims. Notice what they are doing here. Remember the old saying and take heed: “If you’re gamblin’ man, a snake will bite you right in the face.”

00:43 — Aha! The train’s cargo? Racetrack dogs and a carnival snake. The plot thickens! 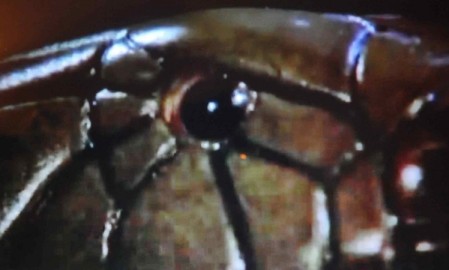 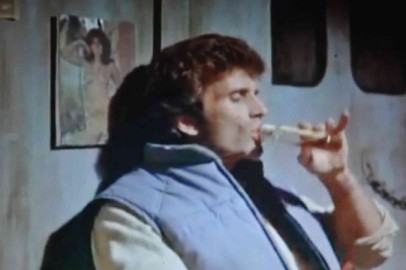 01:14 — Ooh! Ooh! Someone tell YouTube! I see boobies on the wall! Also, please take note of the correct way to drink whiskey straight from a flask: Pinkie up, like a damn gentleman. 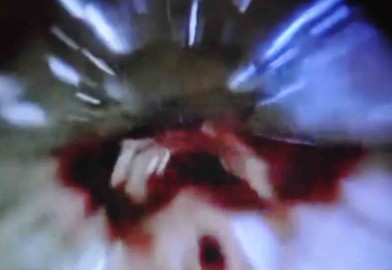 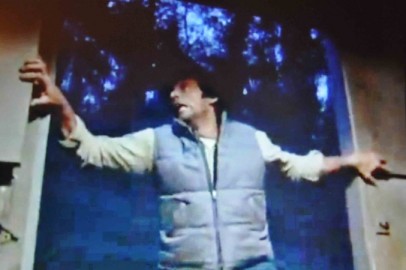 03:12 — You laugh, but the air pressure change at the altitude of that boxcar would suck you out of there too.

03:28 — Notice how the greyhounds are quiet now? I think they are down the with snake’s doings. 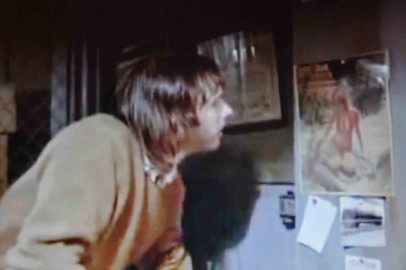 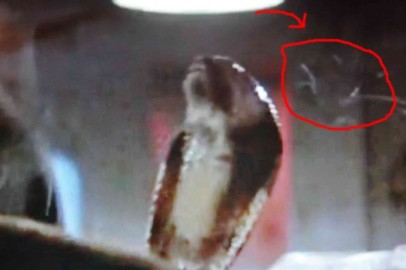 04:23 — See? See? You play with dice and bingo! Snake bite right in the face. Little known fact: Snake bites sound like someone kicking a canoe. (That snake hit his/her head on that glass crazy hard. “No animals were harmed” my ass.)

05:20 — The protagonist, (Father Drinky McDrinkenstein?) is played by actor Fritz Weaver. He is “Father Tom Farrow” here. From “Gentle Ben” to “Magnum, P.I.,” Weaver has been all over television. According to imdb.com: “Since 1995, Weaver is known as the narrator of programs on the History Channel.” 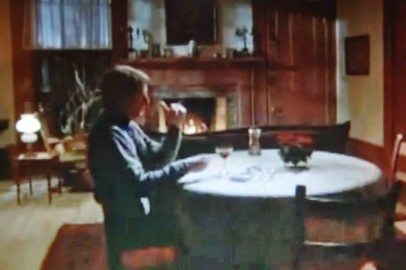 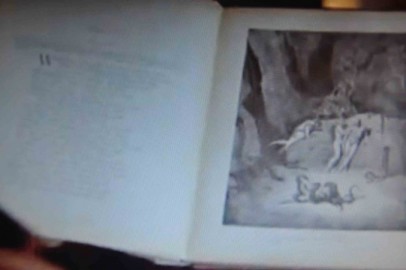 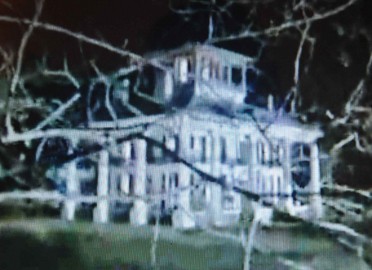 07:56 — I think we have our first landmark here. Does anyone recognize this house? 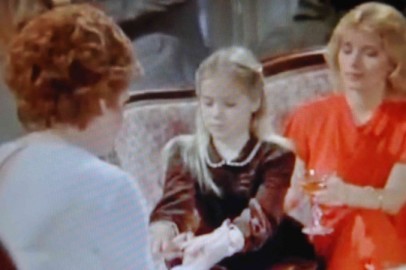 09:48 — “I foresee …” a sitcom with a shoe salesman, an undersexed mother and a horndog brother.

Next: Part 2. Happy Halloween everybody!