Twenty-six members of the Auburn student body were infected with measles in the spring of 1989… which doesn’t sound like a lot until you consider that only nine cases were recorded in the entire state during the previous five years.

The outbreak inspired a Phi Gamma “Inoculation Party ’89,” (including “BYO Vaccine” shirts) and this Tiger Rags commemoration – a droopy tiger, spots mingled with his stripes.

Twenty years later, is it likely we will see a pig/tiger hybrid (piger? tig?) in honor of the 10 students reportedly infected with Swine Flu? No? Too soon? 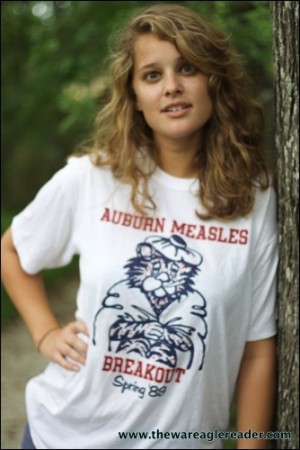 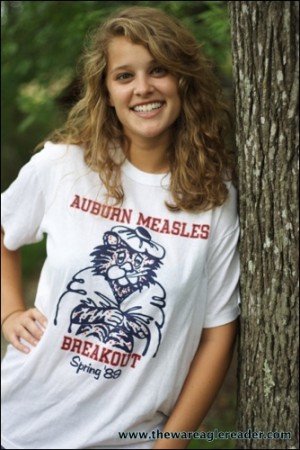 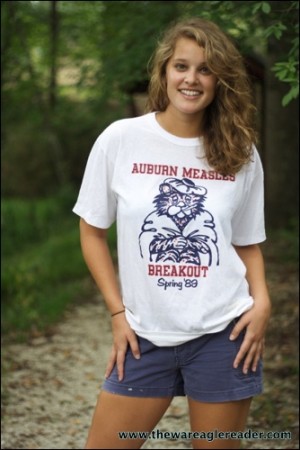 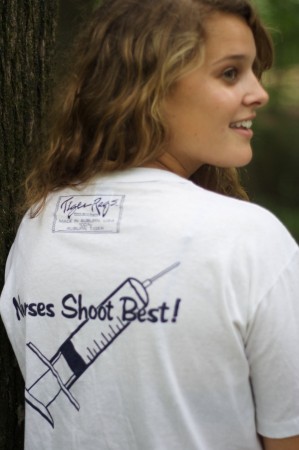 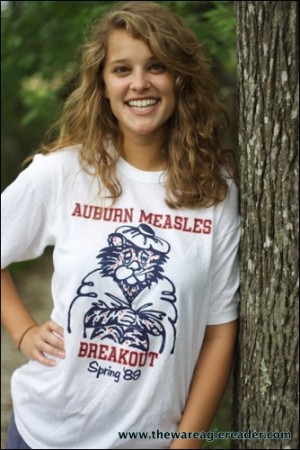 Look for a feature story on Alice — and more photos — next week.